Open Letter to the Chancellor re SEIS Funds

As we exited the EU on Friday we recognise there are opportunities and wanted to bring to the attention of the Chancellor, the Rt Hon Sajid Javid MP the work that we do with start-up businesses and the difficulties that they face in obtaining follow on funding.

We sent a letter to the Chancellor proposing an increase the amount of money that start-up companies can receive under the SEIS scheme. We believe that it would not only help a large number of start-up companies to achieve traction, but also send out the message that the UK is the natural home for entrepreneurs. Here is the contents of the letter:

With change comes opportunity and with our departure from the EU we have a clear opportunity to positively impact the UK economy.

In the recent Conservative Party manifesto the Enterprise Investment Scheme (EIS) was described as an ‘outstanding success’. It has successfully raised over £20 billion for around 30,000 companies.

Seed EIS (SEIS) was then introduced in 2012, and since then 12,900 start-up companies have received investment, totalling over £1 billion.

Most of these have created jobs, and increased tax revenues.

Following the Patient Capital Review the Government believes SEIS and EIS should be investing in “long term investment in innovative firms led by ambitious entrepreneurs who want to build large scale businesses”.  However, there is a significant gap between the amount received at seed stage and follow on capital.

I am the CEO of Jenson Funding Partners LLP, one of the first to set up an SEIS fund when it was introduced by the Government in 2012 following on with our EIS fund which launched in 2015.  Since 2012 we have invested in 100 companies, each coming with their own challenges, one of the biggest challenges for our companies is the issue of funding, particularly as they start to grow, and need access to further capital.

When SEIS was launched eight years ago it set a limit of a maximum investment of £150,000 into any one company. It is still at this level today.

The £150,000 limit is a result of the de minimis state aid limit under EU Regulation.  Currently, the EU rules state that you can invest up to £12 million in a company via EIS with a £5 million maximum per year.  SEIS was introduced in the UK under the de minimis state aid rules which means that £150,000 is the limit.  Whilst I am not suggesting a change to the State Aid rules, why not make it easier for companies to grow by mirroring the EIS rules, take SEIS out of the de minimis, increase the amount available to £250,000 per annum with a maximum of £500,000.

The benefits of this change would be considerable.

For the government it would send a very strong signal that they are committed to helping young entrepreneurs to start their own business. It would reassert the UK’s status as the start-up capital of Europe.

For young companies it would give them a firmer financial footing in the important early days of their business and increase their chance of both success and moving on to scale up.

With this letter I therefore request that in the spring budget you increase the limits on SEIS funds and allow further growth of a thriving start-up entrepreneurial community within the UK. 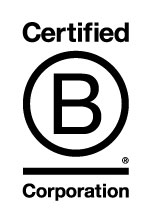